Why IoT Gateway Is Important For IoT Project Success 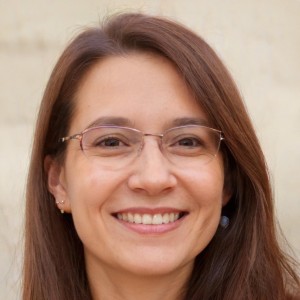 IoT Gateway is now one of the most crucial components of the complete IoT network to support such networks of IoT devices that are projected to become more complicated.

The sections below will discuss IoT Gateways and why they are so crucial.

IoT Gateway works as a communication bridge between IoT Sensor Network and Cloud Server, either as a physical device or as a virtual software code.

The architecture of an IoT Gateway device is layered. The IoT Gateway’s processing power and memory specs are defined by the hardware platform.

This is the Gateway’s brain, and the hardware platform is chosen based on the complexity of the IoT apps to be deployed.

When it comes to operating systems, the decision to use one over another is influenced by legacy systems. To save money and ensure seamless integration, it’s essential to stick with the OS that’s compatible with your current systems.

The analytics engine is the layer that ensures that raw data is transformed into useful information. The integrated application development platform and device drivers enable the creation and deployment of new IoT devices, apps, and systems.

Understanding the Significance of an IoT Gateway

The number of key actions done by an IoT Gateway device can be used to determine its relevance. It promotes interoperability across the IoT network.

This is ensured by IoT Gateway’s compatibility with a variety of communication protocols, including Zigbee, 6lowpan, Bluetooth, WiFi, LoRA, and Zwave.

Relevant sensors are installed on all equipment that needs to be monitored or controlled. These sensors are IP-based, and the IoT Gateway is in charge of connecting them to the cloud server.

IoT Gateways of the first generation were created to make communication protocol interoperability and device administration easier. Data analytics at the edge, however, was not supported.

To avoid this, the new generation analyses data from a variety of sensors, prioritises and delivers critical information to the main system, and sends alarms if necessary.

The current generation of IoT Gateways is intelligent. For instance, if the Gateway detects that the temperature is too high, it can send instructions to the air conditioner to switch on.

They can filter out high-priority data from the data they receive. They’re also capable of acting on the information they’ve gathered.

If you want to know more about how IoT Gateways can help your company, don’t hesitate to set up a consultation with Ultraviolet!

We scale your business to operate globally, with simplified roaming through cloud-powered intuitive global IoT sims that lie at the heart of every IoT application. Check out our services today!

Get Started For Free

Scale business to operate effortlessly across the globe, with simplified roaming through our cloud-powered intuitive IoT sims that lie at the heart of every IoT application.